The Feldenkrais method is a gentle movement education system that combines carefully designed movement sequences, with breathing, body alignment, and mindfulness. Classes are an easy and pleasurable way to improve many aspects of everyday life — from sitting and walking more comfortably to improving performance in sports or dancing. The lessons explore our habits and patterns in everyday movement in order to discover new possiblities and choices, leading to

Felden-What??!?  Larry Goldfarb – a Feldenkrais teacher and trainer has written a wonderful story about explaining what exactly it is that we teach in the Feldenkrais method. You can read it here: Felden-What??!?

Group classes (also called awareness through movement lessons) are non-strenuous so that people of all ages and abilities can participate and are usually done in a chair or lying down.

Please see the One-to-One Lessons page for more about a private lesson to work on a specific problem or area of interest. 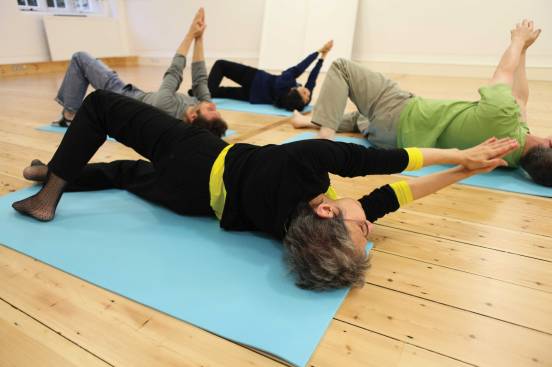 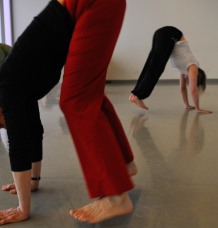 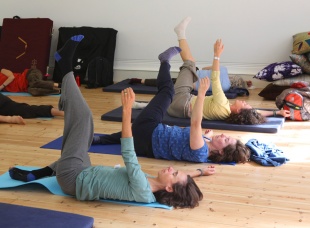 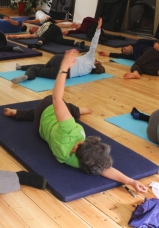 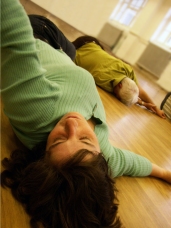 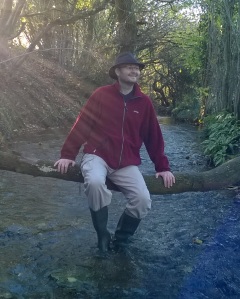 Haydyn became interested in movement after suffering severe back pain for several years. He has studied Tai-Chi for 20 years, danced Argentine Tango for over a decade, and recently completed a 4 year training to teach the Feldenkrais method. Please contact Haydyn (haydyn.brown@btinternet.com) for information about one-to-one or group classes in the Malmesbury area.

Moshe Feldenkrais, DSc, was a distinguished scientist and engineer whose career included work at the Curie Institute in Paris in the 1930’s. He was also a respected Judo instructor, and was a founder of the Ju Jitsu Club in Paris. 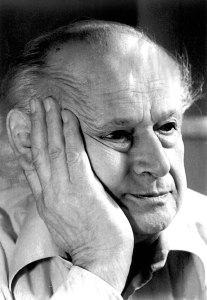 It was, however, in the relationship between bodily movement and our ways of thinking, feeling and learning that Feldenkrais achieved his greatest success. An injury to his knee in his youth threatened him with severe disability in middle age. Despite being given little hope of ever walking normally, Feldenkrais refused surgery and instead applied his extensive knowledge of anatomy, physiology, psychology and engineering, as well as his mastery of martial arts, to healing his own knee.

During the process he realised the vital importance of working with the whole body and indeed the whole self in order to achieve lasting, radical change. His insights contributed to the development of the new field of somatic education, and continue to influence disciplines such as physical medicine, gerontology, the arts, education and psychology.

(This short biography was taken from the UK Feldenkrais Guild)